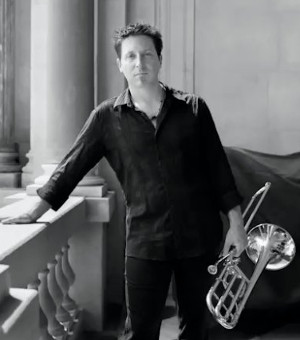 When I give lectures about jazz, or am speaking to audiences during a performance, I always talk about how jazz is international and spans the globe. I will often cite my friend and fellow educator/trombonist, Michael Steinman who just so happens to live in the south of France! Not a bad gig, huh?!

Michael and I played in David Baker’s big band at IU for a couple years in the 90’s, and soon thereafter he moved to France with his beautiful bride. Michael fronts the band, ‘The Angel City Players’, teaches, and plays that American art form JAZZ all over France! 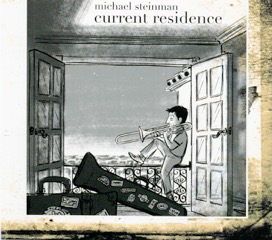 His album, Current Residence,  is a nice blend of traditional jazz and some new original tunes. It also features Michael as singer! To hear WHY he started singing, you’ll just have to listen to the interview! 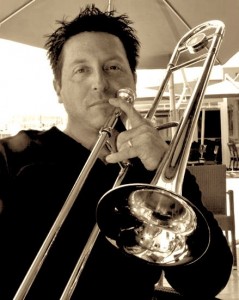 Michael sounds great (both on the trombone and as vocalist) and is representing America well overseas. I think anybody who listens to this album will like it and will keep it in their playlist.

How fun do you think it would be to live and play jazz in the south of France?